Using Meditation As A Tool For Psychic Development https://t.co/Yl3kppcqiL pic.twitter.com/Mjs2QulpfO

Uploaded "John Edwards on the Afterlife" via https://t.co/nDyAmAY8Ii

Psychic mediums are gaining more and more popularity all the time. With the rise in medium shows on television, it’s no wonder interest is rising. After all, most people want to know what their loved ones on the other side would like to say to them. Today, let’s take a brief look at some of the most famous psychic mediums of all time, looking at their background and career.

One of the most recognized mediums of the 20th century, Cayce’s work is still used today by mediums around the world. He could provide readings in over 10,000 topics, including health, dreams, prayer, meditation and many, many more. Cayce was a devote church goer and some believed that this only enhanced his ability to stay in tune with the spiritual realm. He could put himself in a sleep state that allowed him to connect with the universe and answer questions that most find impossible to answer.

Browne was a very spiritual medium and wrote many books regarding God. She stated that God was not only Male, but Female as well, and that God loved every person despite religion. Many of her writings were open to interpretation and she wanted people to read them and get the information they wanted and leave the rest behind. She oftentimes worked as a telephone medium and would give readings over the phone. She attended many TV and radio broadcasts and is also a proclaimed author.

During Praaghs early career, he mainly gave private readings and focused on contacting and speaking with the clients recently passed relatives. He began recording audiobooks to reach a larger audience and expand his reach. He went on multiple television shows and credits his big break from his attendance on Larry King Live. He claims that we do not die, but we exist in different forms in many different types of heaven. The type of heaven that one goes to depends on what people do while on the planet.

Edward is probably best known for his television shows where he can communicate with people and access the deceased. He is known for his private readings, as well as his large audiences. Many people consider him controversial in that he makes people tell them what they want to hear. He stands strong to the fact that he can read people without having much knowledge of them or the person they are trying to reach.

Caputo is best known for her role on the hit television series, Long Island Medium. She uses her gift of spiritual connection in reading people and communicating with the deceased. She may be one of the most controversial mediums in modern times, yet her audience and clients beg to differ and she can read people with virtually no clues or help. She is among one of the best mediums of today and continues to help and heal people. She is well-known author and conducts tours around the country, giving readings to people while on the road.

Williams is a medium and healer, with multiple television shows and books. Her grandfather was a medium and the gift was passed down. She had her own television show around 2008 when she gave a reading to a member of the television show host. He helped her get her own show and it ran for two seasons before the show stopped. She has toured to multiple countries and conducted readings and even donates the proceedings to charity. As of late she is a minister and works at Universal One Church.

Whitedove is one of the leading mediums today. She has been called America’s number 1 psychic. She is one of the only mediums to be tested on television and pass, proving authenticity. She encompasses humor into her readings to alleviate the stress and burden of bringing up hard topics. She has been on almost every major television network and travels around the world conducting readings in venues and privately. She is a very active medium and constantly providing people comfort in various ways.

As a child, Holland knew he was gifted with the ability to connect with the spiritual realm, but never embraced it. It was not until a near fatal car accident that he realized what his gift was to be used for. He attended college to help enhance his abilities and later went on to have a television show that lasted two seasons. Recently he has been doing internet-based programs to help reach his audience and conduct readings. He has been working as a medium for over twenty years and continues today.

Hancock is known around the world as a teacher, healer, medium and bestselling author. Hancock spends most of her time now providing readings for police and parents whom have lost children, as well as terminally ill patients. She conveys to her clients that everyone has the ability, on some level, to connect with the spiritual world. She tends to focus much of her time and energy on the subject of death. She wants people to understand what happens after we pass and what we can expect. She provides inspiration on how to be self-intuitive.

Coffey may be one of the most controversial mediums in modern society, as he has had various accounts of fraudulent readings in the past. However, he holds true to his abilities and maintains a following. He has been on various television series and claims his ability stems from his childhood. He says he was able to tell the past, present and future. He is notably known for telling the difference between ghosts and spirits. He claims they are not the same and that each one serves a purpose.

Controversy aside, many people around the planet believe in mediums and the ability they have. No matter what field or profession one may choose to pursue in life, there will always be skeptics and people that disagree. But if you’re interested in learning more, go have a reading or two done and see for yourself.

Seeking to learn more about the range of psychic abilities available? If you’re interested in cultivating your spiritual gifts, check out a brief description of the following 20 psychic abilities.

With so many psychic abilities available, take time to learn more about the ones that resonate with you. The more you learn, the better you’ll get. Additionally, go see psychics that have such gifts and get a reading yourself. Or ask them to mentor you if they’re willing. The more you can immerse yourself in the spiritual gifts, the better.

Cultivating psychic gifts takes diligence and persistence, but the rewards are well worth the efforts. 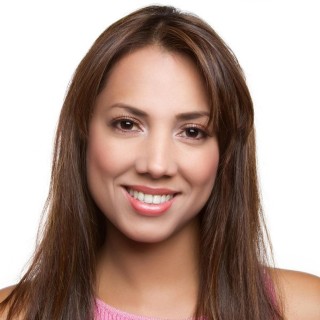 Psychic Base is the leader in psychic reading news, information, and reviews. Our mission is to help educate people about the different types of psychic readings, how to get the most from their readings, and how to avoid getting scammed.